First of all, let me tell you how privileged I feel in addressing such a distinguished audience today. I am sorry I am not good enough to do it in Polish. It is truly a great honour to be with you on this very special anniversary. Thank you for having me. The Treaties of Rome marked a turning point in recent European history. I think we can say this without any rhetoric. On this day, sixty years ago, the six founding nations turned their back on the murderous past of Europe and started to build their future together. After the ravages of two terrible wars, that decision reflected the desire to build a new order in Europe, no longer based on power politics and spheres of influence but on cooperation, shared values and open markets, after the visionary dream of Altiero Spinelli and Ernesto Rossi, depicted in their famous manifesto for a free and united Europe. That idea was so powerful that before long other European nations decided to join the group and the process continued over the years, with new candidates knocking at Europe’s door even today. We enjoyed the legacy of that fateful event: sixty years of peace, prosperity, rule of law, social progress, respect of human rights. Such a result, in my view, can only be disparaged by those who know little history or who choose to forget how the savage rivalry among European nations almost annihilated a whole continent and put an end to its global leadership.

Why then our celebrations have such a somber tone? Shouldn’t we be proclaiming our achievements much more loudly?

The reality is that, notwithstanding everything said before, in recent years Europe has become somewhat dysfunctional. For the first time since 1957 a member State is actually planning to leave the Union and all over the continent dissatisfaction with the European project is record-high. In fact, European citizens accuse their leaders of being indifferent to their problems, deplore the weakening of the social contract between EU institutions and the peoples of Europe. And they are afraid. They are afraid for their jobs, for their welfare and their physical security in the face of a protracted economic crisis, uncontrolled migration, political instability, the constant threat of terrorism. Some even say that the propulsive force of integration that began 60 years ago is at an end.

We may disagree with these opinions but they cannot be easily disregarded, because the concerns of our citizens are entirely legitimate and very real. Something clearly went wrong and it is important for us to understand why, if we want to learn from past mistakes. In my opinion, it is a toxic mix of misguided policies and slow reaction to the changing economic and political environment that brought us to this point. When I speak of misguided policies I am also referring to the fact that too often Europe stopped halfway. Let me give a few examples. With the Stability Pact we removed – or at least strongly limited – the Member States’ capacity to stimulate their economies but we did not replace them with adequate European instruments to be used in times of crisis. With the Schengen Treaty we decided to abolish border controls between the member States but we did not think of replacing them at the same time with a European system of border control; we are doing it now, when it’s clearly far too late. The Banking Union: we agreed that it had to rest on three pillars but we only realized two, thus leaving the system unbalanced, ineffective and in some cases even counterproductive. Again: with the Lisbon Treaty we introduced the figure of the High Representative for Foreign Affairs and Security Policy, but the levers of foreign policy decisions remained firmly in the hands of national governments.

I could go on, but what I want to underline is that the price of this indecisive approach has been paid by our citizens. In the economic field, in the first place: inequalities deepened in our societies, exposed to globalization and to the disruption brought by technological innovation on labour markets. In foreign policy: we suffer the consequences of the vast arc of instability at our borders without being capable of seriously influencing events, while non-European other actors play a major role.

This is because Europe failed to react united to the different challenges. Too often, instead of supporting each other, member states blamed each other. Old fractures and new fault lines appeared. As a result we are divided. There is a North-South division on economic policy; an East West division on migration policies; we are divided on trade policies, on institutional issues, on where and how to project European political and military power. Compromise – which is the glue keeping the Union together – has become more and more difficult to achieve.

In such a situation, it is no wonder that masters of illusion are at play to exploit the legitimate concerns and sentiments of displacement that derive from the ongoing changes of society. They offer a range of deceptively easy, short term solutions to deep rooted problems. It is easy to say “Europe is not working, I want to take back control”. And this is precisely what populist, eurosceptic
movements – left wing and right wing – are telling people all over Europe. Right or left makes no difference, populism is a language, not an ideology. It plays on fear, on the temptation to blame the other, to shut the door and leave the world outside, to seek shelter behind the national borders and find refuge in the national identity.

This phenomenon, the closing of the European mind, is in my view the biggest threat we are facing in Europe. And this is what we must fight, together.

And we can fight it, it is not a lost battle. Isolationism, protectionism, they are clearly not the answer. Honestly, the idea of unshared sovereignty in 2017 is entirely delusional. Outside the EU single European nations would not be any more sovereign than they are today; on the contrary, they would be utterly dependent on decisions made by much bigger actors. Therefore, if we don’t want to be pro-European out of principle, then we must be pro-European out of necessity. The best way to make our voice heard, to protect national sovereignty, is to share it within the Union, that can act as a multiplier of national strength. Besides, I am convinced that this is what the peoples of Europe want – with perhaps the exception of the British who have never overcome their original misgivings. They have not given up on the European ideal but they want a Europe capable of addressing their concerns.

In this perspective, the debate on more or less Europe is irrelevant. We all agree that we want a more efficient Europe, which does not mean moving towards a European super-State or diminishing the nation State, it means pooling common resources in key areas where no single country can have a significant impact. EU action is not supposed to hamper or limit the action of national governments but to
strengthen it.

The priorities are clear. Reduce inequalities while generating prosperity – that means putting the word “growth” back in the Growth and Stability Pact; complete and deepen the single market – energy, digital, services; devise trade and industrial policies that will boost growth and strengthen competitiveness; streamline the decision-making progress in foreign policy and move forward in Security and Defence, in cooperation with our North American allies; agree on a truly European system to manage migration, in both its external and internal dimensions – let me remind you that in recent years 15.000 people, men women and children, were swallowed by the Mediterranean sea, together with their hopes, their aspirations and their dreams.

There is nothing impossible in this, nothing impossible, if we only remember that together we are more than the sum of our parts. Indeed – and I am about to finish – at the roots of all our problems there is the fact that Europeans seem to have lost the feeling of belonging to a community that is larger than the nation State, of truly belonging to a Union. It is this feeling that we need to retrieve. The European Union is an extraordinary achievement, despite its present shortcomings, and we should be proud of it: a unique space of peace, freedom, tolerance and diversity that too many people take for granted. If it is not working properly we need to fix it, not discard it. Appropriate technical solutions – single speed, multispeed, enhanced cooperation – can always be found if the political will is
there, if we are just capable of raising our gaze above the walls that we ourselves have been building.

Thank you for your attention. 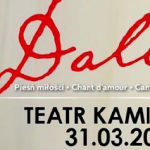 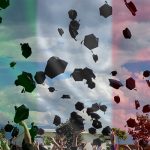